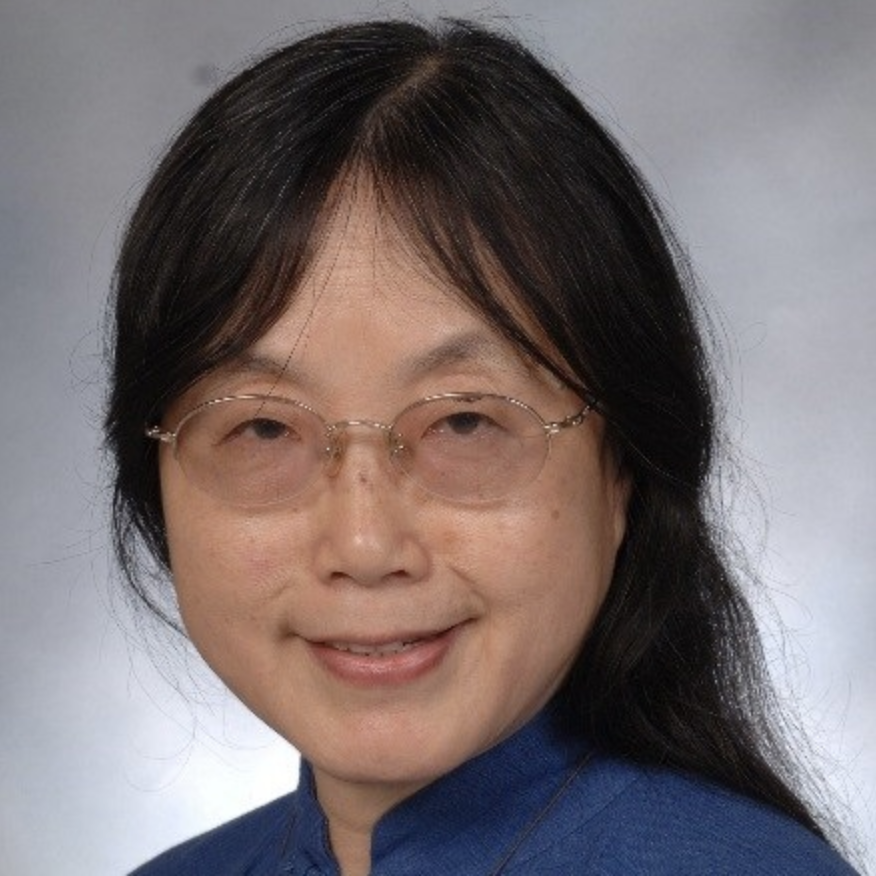 Nanxiu QIAN, a bright light in so many lives, passed away peacefully at the age of 75, on November 16, 2022 in Houston, Texas, after a long struggle with cancer. Nanxiu was born on June 18, 1947 in Nanjing, China to Ziming Qian and Lin Zhou. She is survived by her son, Liang Zhu, Liang’s wife, Chen Xu, his daughter, Emma Linfeng Zhu; Nanxiu’s sisters, Manqian Qian, Jujing Qian, Zengyue Qian; her brothers, Dawei Qian and Dajing Qian; her nephews,Yangyang Qian, Tiaotiao Qian, Zhuo Wang, and Hua Ning; and her nieces, Jun Xie, Li Ning and Mengke Xu.

Nanxiu, it seemed, could do everything. She was a devoted mother and grandmother, an outstanding scholar of Chinese literature, an excellent poet and calligrapher, and a prize winning short-story writer, teacher and translator. She had a beautiful singing voice which enabled her to chant traditional Chinese poems with remarkable, soul-touching effect.

Nanxiu was educated at Nanjing University, where she obtained an MA degree in Classical Chinese Literature (1982), and where she taught from 1981–1986. In the late 1980s, she came to the United States to study in the Department of East Asian Languages and Literatures at Yale University, where she received her doctoral degree in 1994. Her Ph.D. dissertation became her first book, Spirit and Self in Medieval China: The Shih-shuo hsin-yü and Its Legacy (Honolulu: the University of Hawaii Press, 2001).

From 1993 to 2022, Nanxiu taught Chinese literature at Rice University in Houston, Texas. Her primary affiliation was with the Department of Transnational Asian Studies, but she was also active in the Chao Center for Asian Studies, the Center for the Study of Women, Gender, and Sexuality, and Medieval Studies. No one at Rice during her time paid more attention to nurturing undergraduate students, and few, if any, faculty could match her broad-ranging service to the University.

She team-taught several courses with members of the History Department and the Art History Department, and organized and obtained funding for several major academic meetings in the US and abroad––most recently an NEH-sponsored international conference at Rice in 2017 that yielded two volumes, for which she was the principal editor: Rethinking the Sinosphere: Poetics, Aesthetics, and Identity Formation (Amherst, New York: Cambria Press, 2020) and Reexamining the Sinosphere: Cultural Transmissions and Transformations in East Asia (Amherst, New York: Cambria Press, 2020).

Her research in Chinese, Japanese and Western languages gave her scholarship particular breadth, depth and analytical rigor. She had a penetrating intellect, and the topics that interested her ranged widely. She wrote gracefully in both Chinese and English. In the West, she was best known for her pioneering and much-cited work on the enormously influential fifth-century Chinese masterpiece Shishuo xinyu (A New Account of Tales of the World), but she also wrote extensively on a great many other Chinese literary works spanning some two thousand years, from the Lienü zhuan (Biographies of Exemplary Women; first century BCE), to twentieth century fiction in Taiwan, and gender studies in contemporary American China Studies.

Her last single-authored book was Politics, Poetics, and Gender in Late Qing China: Xue Shaohui and the Era of Reform (Stanford, CA: Stanford University Press, 2015), a highly regarded political and literary biography of a remarkable woman scholar in late nineteenth and early twentieth century China. Among Xue’s many achievements, her collection of the life stories of more than 200 “exemplary” foreign women demonstrated to Chinese readers, in Nanxiu’s words, how these individuals “carved their self-invented space within the male-dominated world.”

But above all, and this is the true measure of a life, Nanxiu was a truly wonderful person. Everyone who knew her enjoyed, respected and admired her. She was extraordinarily generous with her knowledge and her time, kind to everyone, and full of vitality, wit, and good humor.

She will be sorely missed.