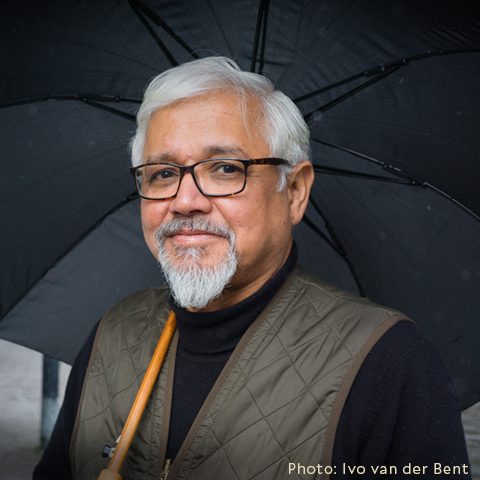 Amitav Ghosh was born in Calcutta in 1956, and grew up in India, Bangladesh, and Sri Lanka; he studied in Delhi, Oxford and Alexandria. His work has been translated into more than 30 languages and his essays have appeared in The New Yorker, The New Republic and The New York Times. He has been awarded and honored across the world for his work. In 2019, Foreign Policy magazine named him one of the most important global thinkers of the preceding decade. The same year, the Jnanpith Award, India’s highest literary honor, was conferred on him; he was the first English-language writer to receive it.

Learn about the Sept. 14 and 15 lectures